So just so you know….

New blog posts come out on Wednesday at noon, PST. Most of my blogs are written way ahead of time and are scheduled. There might be a current event that I’ll want to talk about immediately. If that happens, I’ll announce it via social networks.

I know it’s a pain to sign into WordPress but I’d appreciate the comments greatly. 🙂

Thank you guys so much for your support. 🙂

I’m convinced this shit is biological. Perhaps, my body is fucking with me because I haven’t put a baby in it.

I love babies, don’t get me wrong. They’re cute and cuddly. They have little bitty clothes and shoes with ducks and bears on them. All you want to do is make them coo and laugh. My cousins, Hailee and Bailee, make my heart explode into a million pieces of joy confetti. Here’s the thing though…they grow up. They are people with personalities. You have to make extreme sacrifices for their benefit and welfare. Their happiness takes more than a funny face or peek-a-boo. They’re expensive with their tuitions, ever growing bodies, activities and such. Children require time and resources that I just don’t have right now. I’m glad I realize that but damn it sucks from time to time. In my quiet moments, I wonder if I missed the boat. I wonder/worry about what kind of mother I’ll be. There are times when I see a baby and my uterus aches. The lowest moments are when I go looking at baby clothes on the Ralph Lauren website after a few well poured cocktails. I’m just venting…don’t cry for me, Argentina.

I like kids on an individual basis and not in packs. Lazy parents with unruly kids make me want to punch them in the throat. I still haven’t developed that amount of patience that will keep me from being that mom who comes outside in a robe to pop off at bullies. I’m also still delusional enough to think I’ll never feed my future kids any processed food. In my head, I envision myself making homemade Oreos and making organic bento lunches. I’ve given my future children perfectly ambiguous resume names. I’m going to perfect my “wait until your father gets home” for the days I’m not in the mood for the fuckery. Oh and I fucks with Doc McStuffins. I will sit down with a scotch and watch a whole episode. Shole will. I just might do alright at this Momma thing.

See though, I like sleeping until 10 on Sundays. I enjoy our spontaneous carpe diem dates and activities. My passport needs some stamps, dammit! I like to drink at home on the weekend. All the baby clothes I like are out of my budget. Most of the songs I like to play loudly aren’t appropriate for  impressionable kids. I like to spend my extra money on brunch and mani/pedis. I’m miserable when I eat too much, can I really grow a human? I can but a little later….

I believe the children are our future. Teach them well and let them lead the way. Show them all the beauty they possess inside. I know, I know LOL. Even though my body is impatient, I’ve always been a big fan of good timing.

Occasionally in the world of Facebook, you’ll come across these stories about despicable women. These are meant to be cautionary tales to as my friend Stephanie put so eloquently, “dictate what Black womanhood should or should not.” The only real allies Black women have are each other and sometimes not even. There some desperate broads who will throw you under a fleet of CTA buses to get in the good graces of men. That’s another tale for another day….

I’m pretty convinced these are figments of some butthurt dude’s imagination who just got rejected by a woman who had the nerve to not want to date him. Who knows? Here’s my list of women I don’t think really exist and if they do…they’re the minority. If you actually know this woman (not secondhand stories), do tell in the comments.

1. Groupon hater – When le bew gets a Groupon, date night is about to get kicked up a notch. I’ve heard stories of sisters who threw more shade than a parasol over their date using a Groupon. Umm…some of the nicest places offer Groupon and if you can get a nice dinner for the cheap, why not? It shows he’s smart with money, no? How shallow do you have to be to get offended by a discounted price? What part of the unreasonable petty game is that? You’re not paying but you’re pissed about how he paid. Doesn’t even make sense. Nice try, Butthurt McGurt.

2. Welfare Ballers- Last time I checked, Saks, Nordstrom, Gucci nor Louis Vuitton takes EBT, so miss me with these stories about people on welfare having designer bags when  you see them use food stamps. Knock off designer bags copped from the beauty supply but nothing that comes with a certificate and dust bag. I’m not anti-welfare because those who need it eclipse those who abuse it. The amount of money they are allotted each month is not enough for a luxury lifestyle. I’m sure they do the best with what they have but copping $700 handbags…I ain’t going. Yeah, getting those taxes snatched every check hurts but I don’t mind having street lights and fire fighters. The biggest welfare queens are corporations not a person who needs to feed their kids because they got laid off.

3. Education as a weapon – I get so tired of Black women being told such conflicting BS. One minute it’s stop dating thugs and rough necks who drag you down, the next it’s your standards are too high. Too many times, degreed sister are being told that they use their education as weapons against potential mates. The point of going to college is to learn more than you knew before and have a chance at a good job in your field of choice. It is not meant to be used as leverage against men. FOH! I know women who have more corporate jobs who are in loving relationships with blue collar men. Blue collar aka job having LOL. Of course a woman who has a rising career doesn’t want to give Jody her car to drive around while she works all day. C’mon now. Steve Harvey and his front lace mustache can keep telling you to lower your standards if he wants to but you have every right to want to date someone you’re compatible with.

4. Women HATE each other- Bull and shit. I see nothing but declarations of love and sisterhood all the time. From memes about good, clean fun together to booty tooting on club pictures, women love each other. Hell, on my birthday…my girls gave me the most loving and heartfelt messages. I’ve seen men shade and steal from each other. I have a circle of friends who encourage and empower each other and I think we’re the norm. The catty, hateful woman is a stereotype… Sapphire specifically.

So yeah. A lot of that shit is some bullshit. If you’re a Black woman and you share a note bashing note or meme, I’m going to assume you’re desperate and just trying to get chose. If you co-sign to sexism to get you a man, you’re good as a doormat.  If you’re a dude, well I kind of expect that but still think critically before you hit send.

If I’m wrong, I’m a fan of being right. So school me in the comments section….. 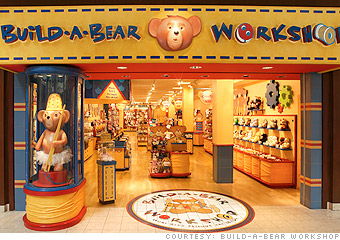 From time to time, a woman might express her loneliness or impatience in finding a mate on social networks. I get that. Some times your Facebook page or Twitter account are your outlet to say what’s on your mind at that moment. What irritates me to not end is the “God is going to make a man just for you” reply that almost always comes after. This is not Build-a-Bear Workshop, that’s number 1. Relationships are work and there’s no person tailor made for you. You have to compromise, sacrifice and bend some. There will be miscommunications, disagreements and even disappointments. There has to be something in that person that you know, it’s all worth it. Every bit of work you put it should be rewarding. The ups gotta outweigh the downs. Your relationship has to be an investment of time and energy with a great return.

While it’s hard to believe people are still believing in fairy tales in their adulthood, it’s pretty obvious. The divorce rate is sky high for a reason. I think people go into it expecting to live happily ever after, not realizing the work it takes. Maybe it’s expecting a person to be this custom model mate who is supposed to fall in line with your inner most desires. Even if the person has the personality traits and aesthetics you prefer, there’s still effort involved.

Don’t let people police your feelings. You can still be a confident and happy person who gets lonesome. Mostly, don’t go expecting this Nike ID ass mate because somebody spent you for FB likes and retweets.

I’m a Chicago native living in sunny Southern California. Yes, it does rain. My blog will be like Seinfeld…a blog about nothing…and everything. I have being random down to an artform, so why not frame and display it.

Blog posts will come about once a week.